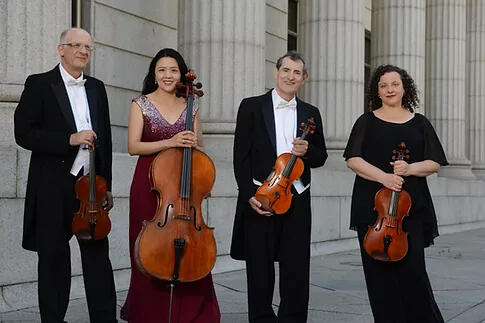 The Copeland String Quartet is comprised of Delaware Symphony Orchestra players. Formed in 2003, the CSQ finds inspiration from the vast and dazzling string quartet repertoire. Tatiana Copeland, for whom the Quartet is named, has been a generous and enthusiastic supporter of The Copeland String Quartet.The lush and abundant repertoire for the string quartet is what calls us. To play together in a string quartet is a collaborative, intimate and satisfying way to make music. It requires artist-to-artist trust, and we have developed that. It's also fun!

Violinists Eliezer Gutman and Thomas Jackson, violist Elizabeth Jaffe and cellist Jennifer Jie Jin, all veteran performers with the Delaware Symphony Orchestra and other regional orchestras, are celebrating their 18th year performing together. The original founders of the quartet include violist Nina Cottman and cellist Mark Ward. The dazzling and vast repertoire for the string quartet inspired them to come together to make music and in a moment of pure serendipity, the quartet was asked to play a concert at the Church of the Holy City in Wilmington, Delaware to celebrate its 150th anniversary. Following that concert, the Church of the Holy City, with its heavenly acoustics for chamber music, became the Copeland String Quartet’s “home” with a series of four free concerts every year. The series, now in its 14th season, is made possible by the generosity of Tatiana Copeland, noted Delaware philanthropist and arts lover. To thank Mrs. Copeland for her enthusiastic support of this chamber music series, the quartet was named the Copeland String Quartet.In addition to the Church of the Holy City concerts, the quartet has performed at venues from Philadelphia to Washington, DC, including the Smyrna Opera House, the Concerts by Candlelight Series at Laurel Hill Mansion in Philadelphia, Allentown Symphony Hall, the Tea and Symphony Series at Highlands Mansion and Garden, Fort Washington, PA, Chamber Music Series of Greater Johnstown, Johnstown, PA, Greenville Country Club, Wilmington, the Cosmos Club in Washington, DC; Longwood Gardens, Kennett Square, PA, the Champagne Chamber Series of the Delaware Symphony at the Hotel DuPont, Wilmington, DE; the Schwartz Center, Dover, DE; and the Marcella Sembrich Opera Museum, Lake George, NY.The CSQ performs lunchtime concerts at Rutgers University and First and Central Presbyterian church. Other colleges include: Swarthmore College, Wesley College,; Kutztown University, and Harford Community College. They have played at area libraries: the Gloucester County Library, Mullica Hill, NJ; the Fans of Brandywine Public Library, Wilmington, DE; and the Newark Free Library, Newark, DE. CSQ participated in the educational outreach programming for the Delaware Symphony Orchestra as well as arts education and outreach programming for the Kennett Symphony of Chester County.CSQ has been invited to play at many area churches, including St. Michaels Lutheran Church, Unionville, PA; Trinity Episcopal Church, Wilmington, DE; the Community Concert Series at Trinity Lutheran Church, Perkasie, PA; the Hadley Memorial Fund at Lower Brandywine Presbyterian Church, Wilmington, DE; Emmanuel Lutheran Church, Pottstown, PA;and at First and Central Presbyterian Church, Wilmington, DE.The quartet has played at fundraising and community events, including First Night, the Kalmar Nickel Foundation, Meals on Wheels, the Delaware Music School, Christiana Care Hospital, all in Wilmington, DE, as well as Bayhealth Medical Center, Dover, DE, and St. Johns Lutheran Church, Ambler, PA. They have performed at many area retirement communities in Delaware, Pennsylvania and Maryland.

Performed in music capitals in North America, Europe and Asia. She has appeared as a soloist with Bay Atlantic Symphony Orchestra and National Repertory Orchestra . She held principal cello positions with Bay Atlantic Symphony Orchestra, National Repertory Orchestra, Mansfield Symphony Orchestra, Cleveland Institute of Music, Shepherd School of Music Orchestra (Rice University) and has performed with Cleveland Orchestra, Boston Symphony, Houston Symphony, New World Symphony, The Chamber Orchestra of Philadelphia, Pennsylvania Ballet and Princeton Symphony. Ms. Jin was the member of Harrisburg Symphony, Baltimore Chamber Orchestra.Ms. Jin is the founding member of Pyxis Piano Quartet/Trio, the cellist of Copeland String Quartet and a member of Delaware Symphony. Pyxis Piano Trio is in the 12th season of ensemble residence at Delaware Art Museum.Ms. Jin is a graduate of the Cleveland Institute of Music, Rice University and Shanghai Conservatory of Music. She studied with Norman Fischer and Desmond Hoebig. 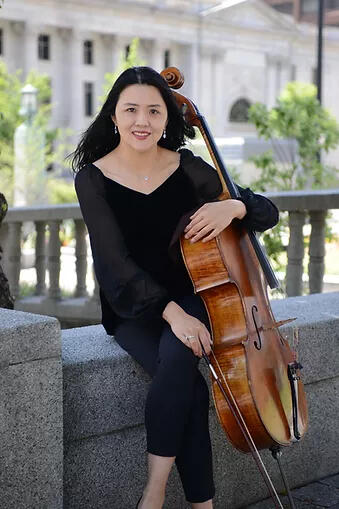 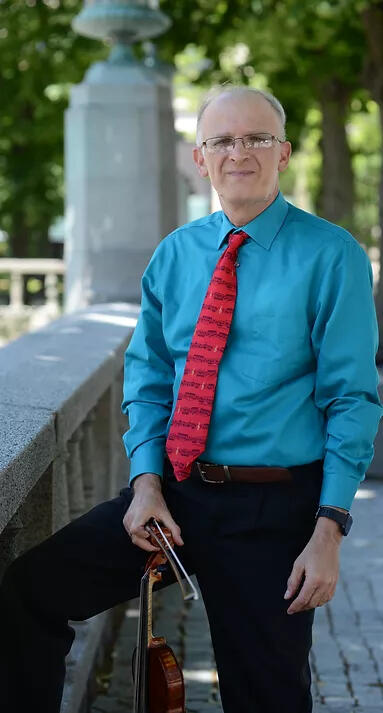 A native of San Jose, California, violist Elizabeth Jaffe received a Bachelor’s Degree from Indiana University, a Master’s Degree from the Manhattan School of Music, and a Diplome d’Etudes Musicales from the Conservatoire Superieur de Paris.She currently serves as Principal Violist of the Reading Symphony; Associate Principal Violist of the Delaware Symphony; and as a member of the Colorado Music Festival and Opera Philadelphia orchestras.Ms. Jaffe has also performed with the Baltimore Symphony, National Symphony, and Philadelphia Orchestra; is a former member of the Richmond Symphony and New World Symphony; and participated in the Lucerne, Verbier, Pacific, Blossom, and Eastern music festivals. An avid chamber musician, Ms. Jaffe recently joined the Copeland String Quartet as their violist. 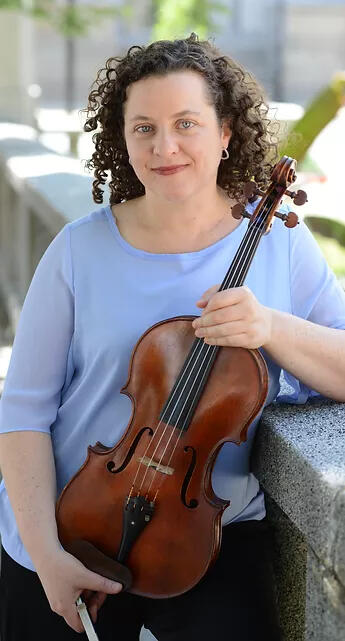 Chicago-born Tom Jackson has been a member of the Delaware Symphony Orchestra since 1985. Currently, he is principal second for the Kennett Symphony of Chester County. He has also performed with the Philly Pops, the Reading Symphony, the Lancaster Symphony, and early music ensembles such as the Pennsylvania Pro Musica, Serenata and Brandywine Baroque. He is concertmaster emeritus of the Bay-Atlantic Symphony and is a member of the Ama Deus ensemble. He also served as concertmaster of the Haddonfield Symphony for four years. Tom teaches violin at the University of Valley Forge.Tom began his study of violin at age 10 and, upon graduation from Cheltenham High School, continued his studies at The New School of Music, where he studied violin with Yumi Ninomiya Scott and Herbert Light, both of whom played with the Philadelphia Orchestra. Tom's repertoire isn't confined to music. He is always quick with a million stories, jokes, and puns."I have been performing music since I was a teenager. I'm never tired of it. It is always a challenge to do a better job each concert and nail everything! As a freelance musician, I enjoy mixing with other musicians in a constant change of scenery and environments." 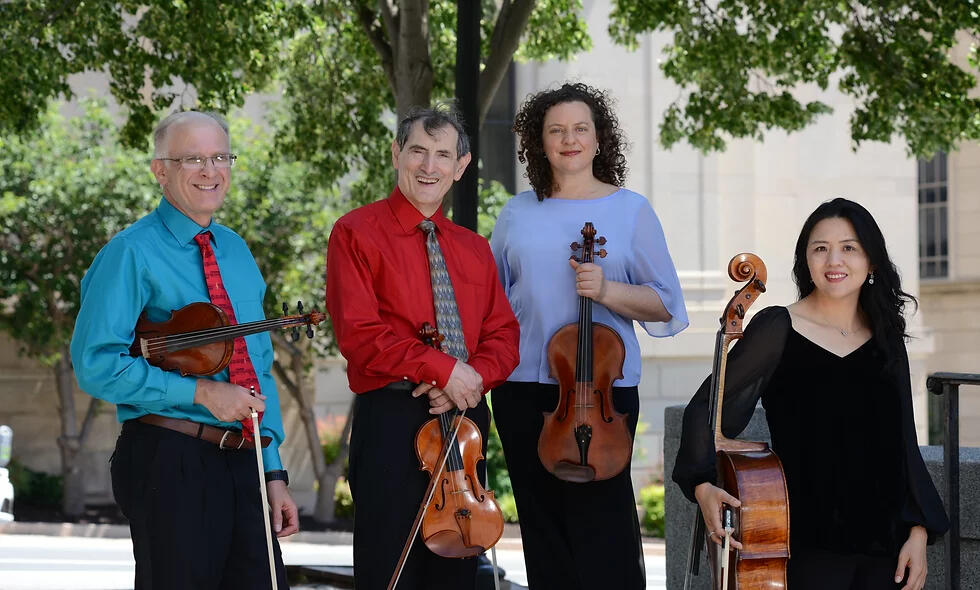 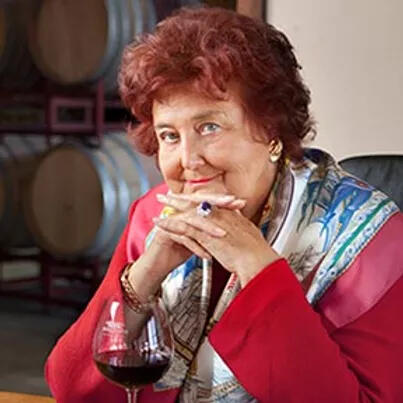 Tatiana Copeland, the grand niece of Sergei Rachmaninoff, has long been a generous patron of the arts in the DelawareValley. She has been an ardent supporter of the Delaware Symphony Orchestra, having served as a board member and as past president of the board. The quartet chose its name to honor Mrs. Copeland and to thank her for her generous and unwavering support of the Delaware Symphony. The quartet is especially grateful to Tatiana Copeland for her sponsorship of the four concerts at the Church of the HolyCity, now in its fourth season of free concerts.In 2007, the CSQ approached Tatiana Copeland and asked for her sponsorship of the Church of the HolyCity concerts. These free concerts allow the quartet to offer the gift of music, the beautiful repertoire for the string quartet, and an introduction to the glorious art form that is classical music, to their audience. As seasoned musicians with the Delaware Symphony Orchestra, the quartet hopes to win new fans for classical music, for the Delaware Symphony, and for the Copeland String Quartet!Photo by: Bruce Philpott